An informed person is a protected one

This project was implemented between June 2011 - June 2013 with the financial support from the Prevention of and Fight against Crime, Programme of the European Union, European Commission – Directorate – General Home Affairs.

The project was implemented by the Ecumenical Association of Churches in Romania - AIDRom, in partnership with three other organizations:

The most important achievements through this project, obtained together with project partners, were:

a. conducting a research concerning national and international labour legislation, statistical information about labour exploitation in Romania and Germany, methods of identification of victims and need of victims;

e. counselling of potential victims of trafficking in labour exploitation.

f. organising a “look and learn” workshop for exchange of experience and shared development between project team from Romania and Germany and invited specialists from every community where the counselling centres are situated.

g. elaboration of brochures, promotion materials and booklet on best practice models in preventing and combating trafficking for labour exploitation;

h. European conference on the EU Anti-trafficking day in Bucharest – at this conference participated organisations from other European countries active in the field of trafficking;

i. organising a training for interdisciplinary team from local community (opinion leaders, local activists, organisations' representatives like NGOs, trade union, police, judiciary, church, school, recruitment agency, employers, politicians, mass-media from Romania and Germany, in order to inform and train them in the problem of trafficking in human beings and also to give incentives for further cooperation;

j. organizing a conference for Hearing on the impact and transferability of the Know-how on EU-country members in Germany. 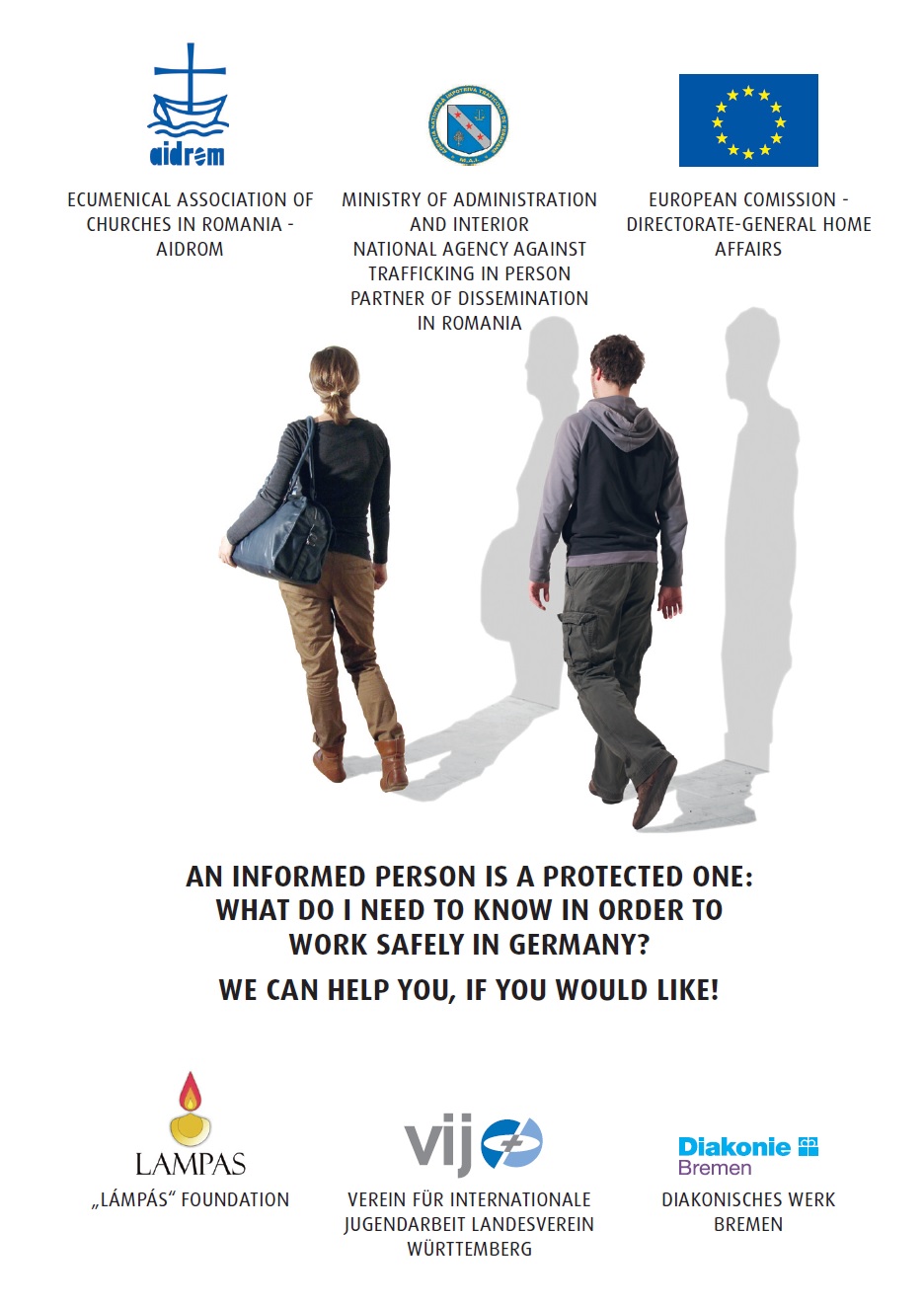